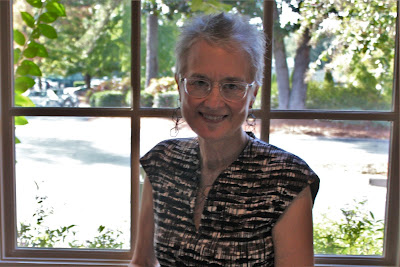 Meet Shari Garretson, whose "Faus, T." looks at the devils on your shoulder in the quest for devil's food cake!

Tell us about yourself:

My kids are grown, so it’s free-play time!  I take courses at Rutgers University, mostly at Mason Gross School of the Arts, and try to find opportunities to create and have fun with other people.

What inspired you to write your piece:
When I heard about Cocktails and Classics, I was immediately intrigued by the opportunity.  So I jumped in, about a week before the deadline, and pushed out (birth imagery?) “Faus, Tess,” which was a riff on where I was at last Spring: wanting to get more involved in my community and feeling like I was way behind other people who had been doing laudable projects for years.  I drew heavily from previous experience in the volunteer arena, where it’s obvious that some people are in it for other than strictly altruistic reasons.  I’ve also come to realize that even the most admirable person can have annoying traits.  Some of the saints were evidently hard to be around.  And as for a chance to write in verse, that’s just a great way to get into a creative “flow” state.  Try it some time.

Favorite thing about theater:
I haven’t found any other art form that has the potential for artistic collaboration, audience connection, immediate feedback, and pure excitement that theater does. If you have, please tell me about it.

Why are classics and new takes on classics still important today?
A “classic” by definition has resonated with fellow human beings over time, despite changes in politics, religion, and aesthetics.  It’s like playing music, or praying a prayer, from another time and place. Who wouldn’t want to sit at the keyboard with Mozart, inhabit the heart of a Shakespeare character, or stand before an icon with a prayer of St. John Chrysostom on your lips?  Again, it’s connection. I guess you could say it’s mystical.  And placing a classic in a new context is showing how you connected with it.

Anything else you’d like to tell us?
Thank you for supporting live theater!

BIO
Shari trained as an actress in Southern California but, with her unerring instinct for avoiding opportunity, fled the L.A. area for places like Colorado and Montana, where she did dinner theater, summer rep and touring children’s theater.  In Atlanta, she acted with Horizon Theatre Company, did improv and some stand-up comedy.  She has also done theater reviews, features and beat reporting for newspapers. Currently she is an artistic associate with Horizon, scouting new plays for them.  She also works on creative projects with children, in an after-school program as well as privately.  And writes plays. Well, one. So far. 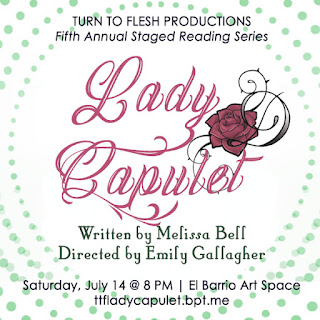