Rehearsing While Writing: A Word from our Playwright

This October, TURN TO FLESH PRODUCTIONS celebrates our five year anniversary with an ambitious project, presenting four plays by foundress Emily C. A. Snyder: The Other, Other Woman in rhyming couplets, and a staged reading of the entire LOVE AND DEATH TRILOGY: Persephone Rises, The Seduction of Adonis and Cupid and Psyche.  (Read more at BroadwayWorld.)

We wanted to know what was going on through our playwright's mind as she tackled writing an entirely new play while rehearsing it, simulating Shakespearean conditions.  Here's what she has to say! 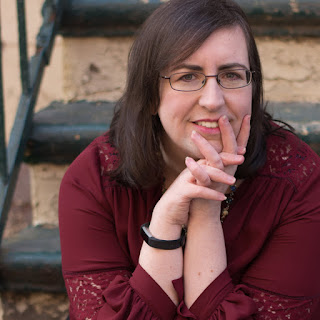 A few years ago, some coveted original First Folios of Shakespeare's works were displayed at the Boston Public Library.  Being a devotee of the Bard, naturally I went to the exhibit, thrilling as I saw the book opened up to Much Ado About Nothing, and the famous typo that credits the real life actor and clown, "Kempe" as the speaker of a line, rather than printing his character's name "Dogberry."

It was a slip of Shakespeare's pen that scholars have treasured ever since: to know exactly which clown played Dogberry.  To know that Shakespeare was thinking of the actor himself, and wrote the part for him.  Suddenly, these 400 year old words come vividly to life: a real acting troupe, just like the ones who put on shows every day of the year across this globe.


Ever since I was 13, I've been a working playwright.

Working under practical limitations helps you as a playwright to get out of your own head and become incredibly collaborative.  Directing my own shows has also always been the way that I can take a step back from the trees to see the proverbial forest.  The opportunity to collaborate with actors who will come up with better jokes than myself, who learn more about my characters than I could ever inhabit (no matter how I enact every role, declaiming loudly in my home much to the consternation of the squirrels that pass my window)...


The rehearsal process has always been invaluable to the creation of every show.


However, every script I've ever turned in, I've always finished a complete draft at least by the first rehearsal.  As much as I feel like I identify with that glover's son from Stratford-upon-Avon, I've always had the luxury of strolling into read-through with a completed draft.  Never have I started with something half-realized and then fully developed by the company of actors.  With The Other, Other Woman, I have.  And this is what it was like:
So, what you're going to see Oct. 4, 5, 11 & 12 is, technically, a rough draft.  Finished with 10 days for our actors to memorized.  Still futzed with until half an hour before curtain.  And for the first time, you dear friends, are invited to see just what it would look like to be the first audience in the first production of one of Shakespeare's shows.

It's exciting, and I can't wait to share it with you.
Labels: Cupid and Psyche Emily C. A. Snyder Interview New Play Persephone Rises Rhyming Couplet The Love and Death Trilogy The Other Other Woman The Seduction of Adonis Verse Play