An Interview with Director Laura Pittenger 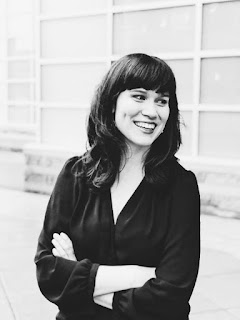 THE FALL OF LADY M will receive a staged reading on August 10.  Check out what our director and long-time TTF-er, Laura Pittenger, has in store for you!

I am a playwright and director who has lived in New York for about six years now - and still loving it! I'm originally a Midwesterner and still am in many ways, most notably in affection for mashed potatoes with gravy. I'm currently working on my first novel, and I have plays available with YouthPLAYS (Pride and Prejudice Abridged) and Smith and Krause (105 5-minute Plays for Study and Performance). It's been a busy few years, and I'm delighted to be a part of this project.

2) Macbeth is such a classic text.  How do you envision this new look at his women?

For centuries we've put the role of Lady M on a pedestal. Every actress is hungry for a role like that one - and yet the role realistically is only a couple of very short scenes, plus a few crowd scenes, when you look at the rest of the Scottish play. It's honestly a criminal under-usage of one of Shakespeare's best characters. Same goes for the witches. What I find cool about this piece is that it gives actresses an opportunity to live in the skin of the handmaids, the witches, Lady M, etc. for much longer than Shakespeare ever would have considered. We're also deconstructing some of the mystique around Lady M. Is she truly complicit in her husband's crimes? What is really behind her end-of-play breakdown and death? Is she deeply evil or misunderstood? This play will definitely stir a conversation about all of those questions, and answers a few.

3) We understand you're breaking some of the rules in staging this reading.  What's inspiring you?

When I say "we put her on a pedestal" I really mean that - and we are going to take her off that pedestal in this reading. I've seen plenty of Shakespeare in the style of "stand and deliver" - well, let's not do that tonight.  Let's find the words using our whole bodies, as actors were always meant to do. Let's get down and dirty with it. I want the audience to be as close to observing the action as possible without being a direct part of it. I'm very fond of intimate staging - not so fond of touching or being touched as an audience member - but I want people to be as close to the action as possible. The space is perfect for it. And it's Turn to Flesh's signature style.

4) You famously prefer Shakespeare cut down.  What's exciting about that?  How does this play work like that?

We are in a new time, a new century, and yet these 400 year old plays are still being performed all over the world by amateurs and professionals. Why? I believe it's because some of Shakespeare's stories and characters are timeless and still resonate with us as human beings. But, as any practical theatermaker knows, sometimes you have to write in a ten minute scene long enough for Hamlet to have a costume change in Act 3, and maybe you fill those ten minutes with jokes about codpieces, and maybe after 400 years, those jokes just aren't so funny anymore, and maybe your Hamlet has a more functional costume than the original Hamlet did, and you find that the play flows better without the ten minutes of ribald humor about codpieces. (Right?) Snip snip.

I'm not afraid to make cuts if it makes the play better, funnier, quicker, and more entertaining. We have the freedom to do that, because the playwright himself is dead - long dead. The second you start seeing fragments of 400 year old plays, written as remembered by the actors who played the roles, as dogmatic and immutable, you kill the plays, and you kill the spirit in which they were originally performed - stories for common people who screamed and yelled throughout and stood for four hours to watch a bunch of swordfights and men dressed as women dressed as men. Shakespeare is not and will never be an intellectual exercise. Shakespeare moves and fights and cries and yes - sometimes jokes incessantly about subjects which are now pretty obscure - but some of his other jokes are pretty damn good.

What's great about what Michael has done here is that he's stayed true to the spirit of Shakespeare's approach to theater even if he hasn't followed Shakespeare's form in language. He lets his characters play and scheme and dream, letting them have fun, but also giving them real stakes - life, death, country over party. He draws back the curtain to reveal the backstage of the original events of the Scottish play. What I hope the audience will find revelatory is the power women have always found for themselves, for centuries, in acting behind the curtain, when nobody was watching.

5) What are some of the influences you're drawing on as you're approaching The Fall of Lady M?

Listening to a lot of music. Florence and the Machine, HAIM, Paramore, Nina Simone - artists who present an aura of immense, tremendous power which is both strong and deeply feminine. (They are certainly not mutually exclusive.) I find my way into text through music and sound, and we have such a dynamic cast of women ready to play that I want to think about each one of them as totally unique, wholly themselves. So I'm thinking about where the power lies for each one of them, and connecting that power to music that moves me. There is something very pop punk and alt rock about this piece, at least in my mind.

6) It's rare that women get to play villains, and druggies, and all sorts of weird characters.  Why is this awesome?

Women are are unique and diverse and elegant and sassy and scrappy and angry and depressed and chaotic as any man on this earth. But for a long time, we were not portrayed that way. Now, not only are male writers more open to writing complex women, women are also getting the chance to tell our own stories and represent our own stories. I'm extremely excited anytime I get the chance to work with an all-female cast and a female-run company, and I'm very pleased that Michael has written a piece that allows us to do that with such gusto. We're going to have a great time. I'm truly looking forward to it.

7) Anything else we should know?

We're going to drink Bloody Marys and raise hell with Lady M and a bunch of witches. What more could you want out of an evening of theater?

Laura Pittenger (Director) is an NYC-based playwright and director and a board member at TTF. Published work includes PRIDE AND PREJUDICE ABRIDGED (YouthPlays) and THE GOSPEL OF HUXLEY (Smith & Kraus). Her ten-minute play THE FLESH FROM THEIR BONES was recently commissioned for Spark & Echo Arts (available in audio online). Laura's work has been performed and developed with the Sheen Center; 3V Theater, GI60 (Brooklyn College); FringeNYC; Gallery Players; The Last Frontier Theater Conference (Alaska), The Playwrights' Center and KCACTF.  In NYC, she has directed at The Tank, Project Y, Turn to Flesh, and Athena Theater. Ball State University alum. Member: Dramatists Guild, NPX.  www.laurapittenger.com